Welcome to all visitors!!!!


Peace and Light,
Thank you for stopping by and visiting my site.
Be sure to check out my other works.
If You Enjoy Our Site or Services,
then make time to "Like Us" on Facebook and Stumbleupon.com

Thank You to All Our Clients, Visitors &amp; Fans!!!!

Feel free to visit my other blogs, tell a friend and become a follower!!!!


#Everyone Loves Tanya Thomas
#Tanya Thomas
#Tanya T. Thomas
#Ten Nebula
#I TALK IT BECAUSE I LIVE IT
#YOU STALK ME
#I LOVE MY LIFE SO MUCH THAT 50 + MILLION PEOPLE STALK IT & COPY IT EVERYDAY
#RichestWomaninAmerica
#The Most Beautiful Woman in the World
#DailySpiritualPractice


Healer
Ten Nebula is a trained shaman, Reiki master, psychic, trance channel, and schooled doula.
She also attended high school for art and attended City College of New York in Harlem for art history.  She has been trained in many holistic health modalities. She believes in proactively healing one’s life in order to shed fears &amp; disease states of being. Ten Nebula offers her healing work in the form of blogs, videos, and talks at this time. It is a goal of hers to write books on health and open a healing clinic in California.

Social Activist
Ten Nebula is a social activist who believes that in order for humanity to progress we must be FULLY aware of the issues we hold. She presents her activism in form of blogs, videos, and talks. Her major focuses are women’s issues, animal rights, and gay/transgender rights. Ten Nebula also donates to U.S. non-profits, nationwide, on the monthly &amp; annual basis.

Environmentalist / Witch
Ten Nebula is an environmentalist. She donates to U.S. green non-profits every year. She participates in Earth day clean-ups. She strongly believes in the power of recycling and composting. She educates the public about ways to help the environment through her blogs, videos, and talks. Ten Nebula is also a white witch who honors and worships The Goddess, Nature, Gaia (the earth mother) and serves The Light / Divine Will.

Political Activist
Ten Nebula believes in the equality for all. She advocates for people to exercise their right to vote and be properly educated about the American systems (i.e. police, federal courts, making of laws, etc).  She also works towards rallying the U.S. government to make more U.S. companies/entities transparent and honest so the American people can BETTER relate to them. Ten Nebula has sued Facebook and 8 other U.S. companies over issues of racism, sexism, cyberstalking, and cyberbullying.

Karma Yoga
Ten Nebula believes in karma yoga, donating, giving back, and volunteering as a way to find your purpose and to be of serve to the whole. She donates on the monthly and annual basis. She had volunteered at Earth day clean-ups, vegetarian festivals, holistic health centers and green festivals. She also gives back by offering to the public free blogs, free educational videos for years that are now recently monetized, and useful talks. She also gives back through her daily spiritual practice.

Artist
Ten Nebula is an artist who has been singing since she was in middle school, dancing since she was a child, modeling since she was a teenager, and discovered her love for acting as a young adult. She attended high school for art and attended City College of New York in Harlem for art history. She also donates to art-based institution (like The Studio Museum of Harlem, Five Myles Gallery, etc.) on the annual basis. She has volunteered at art-based events like New York Cares Day &amp; Celebrate Brooklyn Art Festival.
Ten Nebula is currently working on preparing her life for her next level as an artist in Hollywood where she will focus on writing, films, documentaries and her performing arts.

Thanks for visiting and supporting my work!!!!!

Be sure to visit my other works 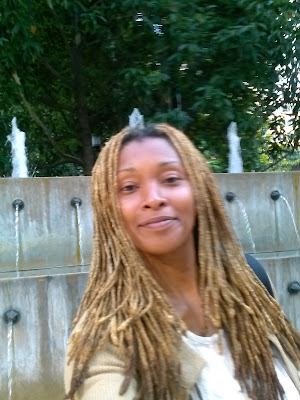 I am a healer, spiritual teacher, light worker, witch, social activist, and artist
Be sure to visit my other works, sites, and projects
they are on a variety of topics from
spiritualty to yoga to money to vegetarian living
all my work are geared towards light, healing, clearing, and growing

Make Time to "Like Us" & Leave a Positive Testimonial

Thank you to all our clients, fans, &amp; visitors!

Thanks to all our fans and visitors who stop by everyday and use our services!!!!!!
If you love our site and you find that it helps you and you want to show us some love, leave us a positive review or testimonial on a variety of sites.
Talk about our great website, informative videos, helpful info, and amazing services.

Tell Others
( ) Tell a friend, co-worker, family member &amp; anyone else you know who about our website &amp; healing services


PayPal
Just click on the Paypal "Donate" button above today.


Use my email address: T10nebula@hotmail.com to make your donation

Great Ways to Support Ten Nebula
1. Make a Monthly Online Donation using Paypal
2. Make a donation using "Paypal"
3. Give a Gift Certificate
4. Mail me a check
5. Create a fundraiser for my work &amp; projects
6. Share my work with other people &amp; organizations
7. Give my work a positive review or testimonial
8. Make time to "Like" my work
9. Offer me helpful suggestions to get better &amp; brighter
10. Include blessings for me &amp; my work in your daily spiritual practice
11. Inheritance - Leave me in your will
Contact Info
Email me for more info tennebula@gmail.com

"Light runs tings" -
Quote by Ten nebula
"Illusions may scream loudly but they are still illusions."
Quote By Ten nebula
at January 17, 2020 No comments:

Aspects of a Healthy, Balanced Life

In order to have rich and balanced lives, we must intend on living rich and balanced lives. It is a process and we must be willing to do the proper work. That work may consist of having clear intentions, following your intuition, letting go when needed, using non-attachment and taking the right action. We all have different kinds of lives but we all want to be happy and we all want to heal.

How May We Help You?

This blog is a helpful tool and resource.

It can help you:

1. This blog helps to promote the "Say NO to Cyberstalking & Cyberbullying" movement

2. This blog helps to remind people to value each other's PRIVACY

3. This blog helps to educate the public about cyberstalking & cyberbullying

4. This blog helps to support the rise of non-profits dedicated to GREATER cyber security for ALL

5. This blog helps to share the PLIGHT of TANYA THOMAS as a STALKED VICTIM in a healthy, clear, and decent manner


Thank you for reading my blog,


#Everyone Loves Tanya Thomas
#RichestWomaninAmerica
#The Most Beautiful Woman in the World
#The Only Enlightened Being in the World
#The Only Christ Being in the World
#I LOVE MY LIFE, YOU LOVE IT TOO
#DailySpiritualPractice
#Multi-Billionaire
#$$$$$$$$100 BILLION
#Healer
#IamSuingFacebook
#IHave50MILLIONSTALKERSonFacebook
#Artist
#TanyaThomasisanA-ListCelebrity
#A-List Celebrity
#Philanthropist
#TanyaThomasisaSTAR
#IHaveMoreStalkersThanMostCelebritiesHaveFans
#SocialActivism
#SayNotoCyberstalkingandCyberbullying

Activist Cheatsheet for the American People and U.S. Businesses

Tips for U.S. Non- profits
-       Be sure to have Annual Reports on your website that can be download and reviewed.
-       Have seals for your company like Better Business Bureau (BBB), Guidestar, and Charity Navigator. https://www.charitynavigator.org/
-       Make your company more green. Purchase recycle paper for the office. Recycle &amp; compost. Use green cleaning products. Participate in Earth day events.
https://earthmothertennebula.blogspot.com/
-       Clear communication with the public: use websites, offer an info@ email address, use contact boxes, have phone numbers /clear business hour / fax numbers, &amp; staff directory on sites
-       Encourage our U.S. businesses and legislation to keep our social media free of porn &amp; nudity and always age appropriate.
-       Align with and use best business practices &amp; protocols for safety &amp; efficiency– like cameras, job acceptance letters, ADP, termination letters, etc.

Tips for U.S. Government Entities
-       Clear communication with the public: use websites, offer an info@ email address, use contact boxes, have phone numbers /clear business hour / fax numbers
-       Have staff directory on all sites
-       Make your companies more green. https://earthmothertennebula.blogspot.com/
-       Strengthen laws surrounding misuse of technology. Example: Cyberstalking, Cyberbullying, NO porn or nudity on our social media, Make all social media age appropriate
-       Make all medical charts electronic and available to all U.S. citizens in ONE COMPREHENSIVE online place so that their doctors &amp; health practitioners have access to them
-       Make all U.S. citizens IRS tax paperwork available to each citizen online and in electronic form


-       Encourage and support alternative medicine/ Eastern medicines to get clinical trials so they are more accepted by the American public (Ex: Dr. Michael Gregor - https://nutritionfacts.org/

The 50 + Million Facebook stalkers NEVER want to LET GO of TANYA THOMAS or the STALKER PAGE.

They NEED Tanya Thomas to FEEL IMPORTANT, to FEEL BETTER, and to FEEL LIKE THEIR LIVES HAVE MEANING.

From 2012 - Present (over 5 years), 50+ million people SHOWED UP to STALK Tanya Thomas but NOT 1 PERSON showed up to TELL Tanya Thomas about the Facebook site/page location or to REPORT IT.


ALL people REFUSE to REPORT the SITE or TELL TANYA THOMAS about it because:


TANYA THOMAS is the ONLY PERSON who is MEANT to REPORT the 50 MILLION FACEBOOK STALKER PAGE.

Tanya Thomas is the ONLY PERSON on the planet Earth who is STRONG ENOUGH to DO SO.

GOD has WILLED it.

The general people who are connected to this Facebook

- BUM ASS FRIENDS who live in their families, friends, & Momma's attic, basement, on the sofa/couch, on the futon with NO JOB/ NO EMPLOYMENT (paying NO RENT) acting like they are Celebrities, Activists, WRITERS, PUBLISHED ARTISTS with chat books, POETS, and BIG SHOTS. Their family, friends, and Momma's are "THROWING THEIR ASS OUT" to become HOMELESS and LEARN about the WORLD and MONEY.

-  Hollywood A, B, C, & D - list Celebrities who have an array of problems & dysfunctions
(i.e. drug abuse, malnourishment (anorexia & bulimia), NO GED, alcoholism, whoring,
washed up artists who don't work consistently in Hollywood, dark & OLD & lying ICONS   with NO education at all with a truck load of miscarriages & abortions in their background)

The Facebook Stalkers have different levels of education, and come from different races & backgrounds.

Look at my work from a larger perspective.
Visit www.tennebula.weebly.com

Financial Well-Being is Your Right

Join our "10 Million Lightworkers for Financial Freedom" Project. Visitwww.10millionlightworkers.wordpress.com to learn how to create money abundance in your everyday life.

Do you have or want dreadlocks? Want to learn better ways to take care of your locs? Do you need help with starting or maintaining your dreadlocks?

Check outhttp://www.lovinmylocs.blogspot.com/ Visit, tell a friend, and become a follower!!!!

"I love Me" Handcrafted T-shirts


Thanks for your business!!!